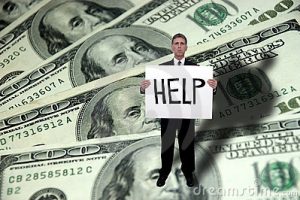 There was a time, when I was totally a spoiled child of my single mom. I had no things to do unless spending money on my wishes. I lived a lavish life during my college days and my mom funded it without getting angry as she loved me like anything.

Everything was smooth until my mom got serious health issues and got bed ridden suddenly.

Her medical issues were taken care of by the insurance company. But, during her illness, I piled up huge credit card bills that I had no clue how to take care of.

I still remember the time when I was in grief over the loss of my mom and also scared about the letters that came from the collection agencies.

I started working a freelance job (writing on blogs) from home that helped me to make the required payments to the debt settlement company.

After settling the highest debt, I had decided to discontinue the service of the debt settlement company, as I was unable to afford their charges.

I wasn’t convinced anymore to pay others along with paying off my debts. So I gave a close look at the DIY debt relief options.

I felt debt snowball method was perfect, but a financial advisor suggested me to start with the higher interest rate debt first which is known as debt avalanche.

I was confused. My heart was saying that I should give a chance to the debt snowball method but as per the financial advisor, debt avalanche method was more fruitful.

Why was I so inclined towards debt snowball?

I had to manage my living costs along with the debts. My monthly income wasn’t good. I was scared.

But, while I thought about the smallest amount, I could see a ray of hope!

Honestly, debt snowball method is very easy to understand. In this method, you need to start paying off the smallest debt by making some extra payments, while continuing to make minimum payments on the other debts.

Here’s how I sorted out my outstanding bills:

I understood which debt to target first. I had started paying more to the credit card – A, while making minimum payments on the rest 2 bills.

I threw every spare dollar into the smallest debt without missing any minimum payment. I successfully paid off the credit card – A within few months.

It requires to pay down the highest interest rate debt first while making the minimum payments on the other debts in the list.

See the chart below:

Why was I so emotionally satisfied with the debt snowball method?

After erasing the smallest debt from the list, I felt motivated to pay off the next debt. The psychological win gave me more positive energy to repay the rest of the credit card bills. After paying off the smallest debt, I threw every spare money into making extra payments on the second-
smallest debt to get rid of that fast. I repeated the same until I paid off the largest one in my list.

After eliminating the smallest debt, I used the extra money on the next debts, which built up a sense of accomplishment in me. The overwhelming situation was fading gradually, and I felt the confidence to make it to the end.

I continued paying the minimum balances on all debts and didn’t miss any payments. The emotional win kept me going from paying off one debt to another.

On the other hand, the debt avalanche method doesn’t deal with emotion. This method requires some calculation to understand.

Paying off the largest interest rate loan first helps to save money on interest. You may pay off the overall debts faster. But, if the highest interest rate debt takes too long time to pay off, then you may be demotivated towards the whole process.

Paying the highest interest rate first helps to save money in interest payments. Saving money on interest means you’ll be able to pay off debts quickly.

This method is more financially logical to get rid of debts as you’re paying less money over the life of the loan.

In other words, you don’t have to choose between one option or the other. You have to act according to the situation. In my case, paying off the smallest outstanding bill was more convenient as per my mental and financial ability.

Very honestly, that phase helped me to learn some crucial financial lessons such as:

● I have learned to live my life within means to save every buck. I was a pampered child of my mother and lived a lavish life. I didn’t realize the power of savings in an emergency situation. I felt so helpless when the situation demanded to save every dollar. However, later it became a habit to set aside a certain amount every month.

● Now I cook more to avoid eating out on a regular basis. Starbucks coffee doesn’t make sense as I know how to make a latte, just like Starbucks, at home.

● High ticket items no longer attract me; I am happy with my small car now. Now my goals are building retirement savings, paying off my student loan debts, and building an emergency fund.

● Now, budgeting comes first every month. My monthly income fluctuates as I am a freelancer. So, I revise the budget every month and spend as per the necessity.

Finally, I would like to say that we millennials face financial issues because we believe in get-it-
now and pay-for-it-later strategy. We are interested in more and more expenditures. This is one of the most crucial reasons Generation Y end up in debt. Unsecured debts, student loans, unemployment, no retirement savings are the reasons behind the unsecured future.

Our financial future will be better if we change our lifestyle and adopt savings mentality. Yes, by saving money, we can fight every financial issues. So, I believe, It is important to include financial management studies in college courses so as to make the generation more aware of the importance of spending less and saving more. 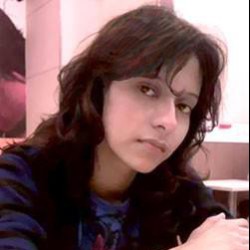 Amy Nickson
Amy Nickson is a web enthusiast. She completed her graduation from Oglethorpe University, Atlanta, Georgia. She works as a financial writer and she shares her expertise through her crisp and well researched articles based on money management, money saving ideas, debt, and so on. 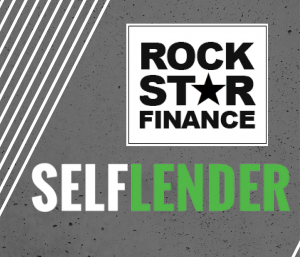